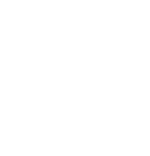 Six neo-nazi skinheads, among which there were three 16-year-old young boys, entered the “Parque de la Ciutadella” a park in Barcelona city and went directly to the “Musicians square”. They found there Sonia and her friend Doris Romero, both asleep. The six aggressors kicked them both with their iron-toed boots after identifying them as transgender. Sonia died immediately while Doris was seriously injured. Before leaving the park, this neo-nazi gang also attacked three homeless: two of them could finally scape and the other one lost sight in one eye due to the kicks he received during the attack.